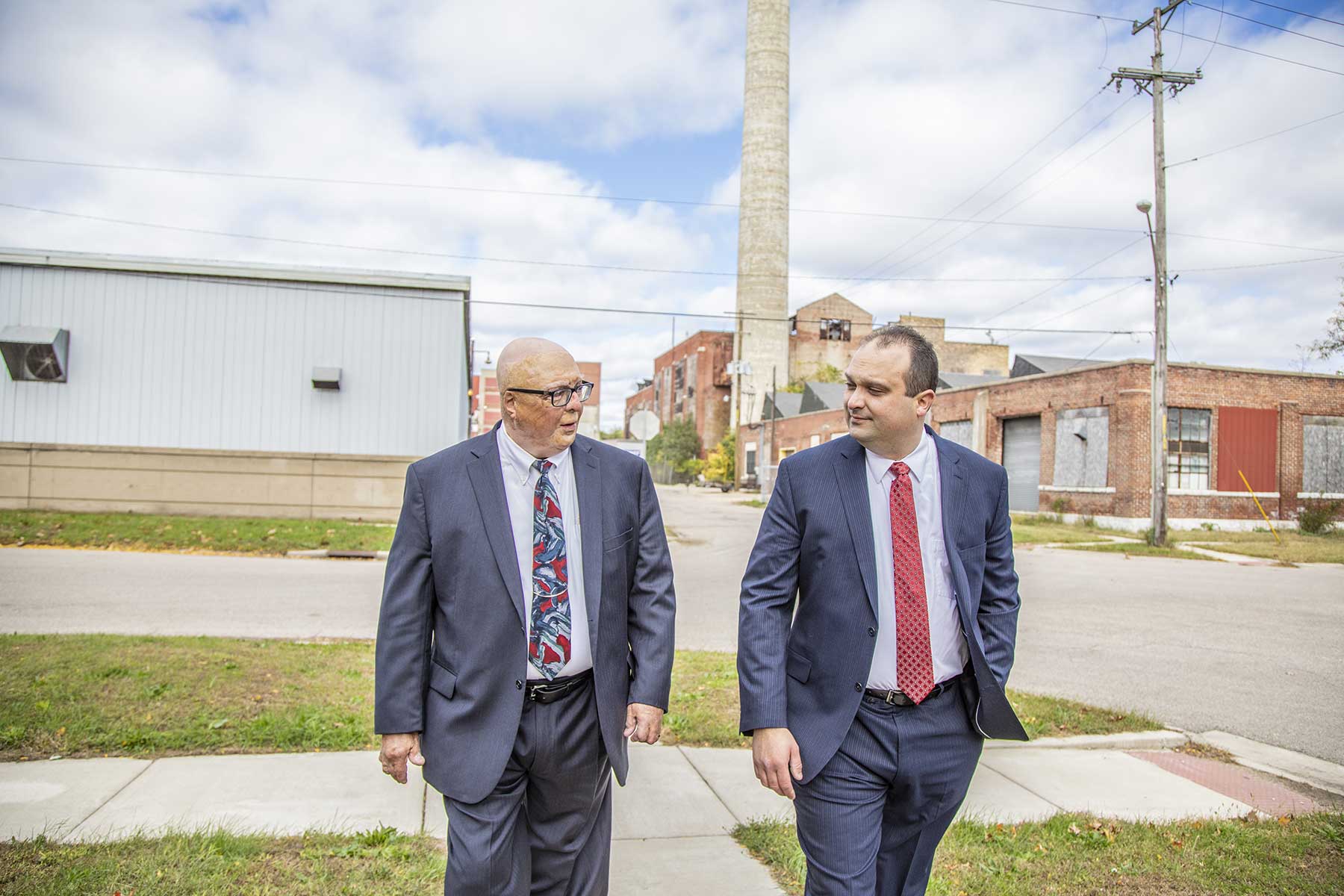 “I think my unique past gives me an insight into what its like to go through, and deal with, a serious life changing injury.  If you’ve been injured by the negligence of someone else, come in or call us at MacCloskey Kesler and Associates.  The consultation is free and there is no obligation to talk to us.”

Get to Know Our Founding Partner

Kim MacCloskey was born on November 2, 1951. His family moved to Rockford, Illinois, in the summer of 1954. In many respects his life started shortly after the family moved into their new house on Rockton Avenue that summer. On October 14, 1954, the local Gas & Electric Company was installing a gas meter in the house. While they did, they let natural gas fill the house (they hadn’t turned it off at the street or even opened a window). When they lit the gas water heater, the spark caused two explosions to rock the house. To this day the northwest corner of the house is knocked out about two inches.

Kim’s mother was upstairs making lunch for his 8 year old brother who was walking home from Summerdale School. She was burned so badly that she died on November 7.

Unfortunately, Kim’s father’s choice for legal representation did not lead to a fair result. His settlement was very modest and left his family to rely on the goodwill of others.

This experience had a great impact on Kim’s life and led him to his work as a trial lawyer. Kim knows what it is like to be injured and dedicated his practice to helping injury victims just like his own family. Kim takes it personally when insurance companies or defense attorneys try to take advantage of his clients. He simply will not tolerate his clients being taken advantage of, just like he wouldn’t have let them take unfair advantage of his own family.

After law school Kim briefly worked at District Counsel of the Internal Revenue Service in St. Paul, Minnesota, moving back to Rockford to work for a Chicago Insurance Defense firm and later a local plaintiff’s firm prior to starting his own firm in 1998.
Kim has represented thousands of people for all imaginable types of injuries. He has successfully tried cases in Winnebago, Cook, Boone, Whiteside, Stevenson and McLean Counties in Illinois, and represented injury victims throughout northern and central Illinois.

Kim MacCloskey is licensed to practice law in Illinois, before the United States Tax Court, and the Federal Courts in the Northern and Central Districts of Illinois. He serves as an arbitrator for the 17th Judicial Circuit and private arbitrations. Kim is a member of the million dollar advocate’s forum, multi-million dollar advocate’s forum, Illinois State Bar Association, Illinois Trial Lawyers Association, and The American Association for Justice. Kim was voted best personal injury lawyer in Rockford by the Rockford Register Star for both 2016 and 2017.