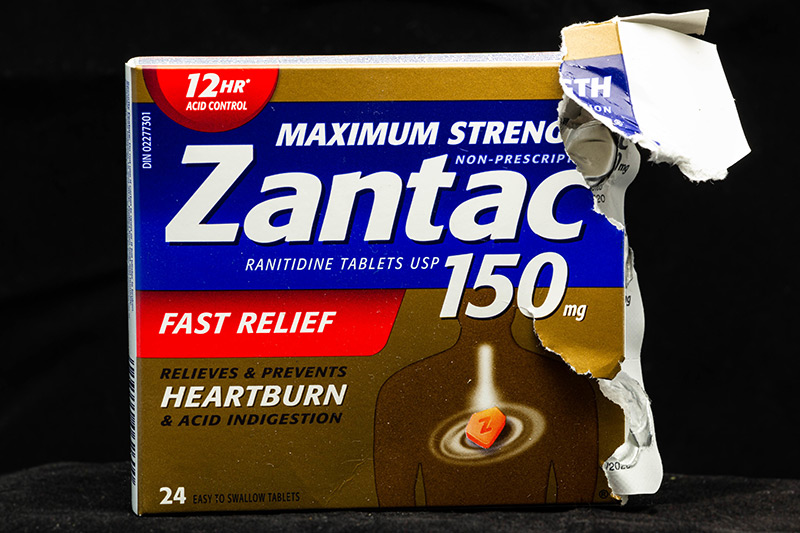 On April 1st, 2020 the U.S. Food and Drug Administration issued a press release announcing a request that drug manufacturers immediately withdraw over-the-counter ranitidine medicine. An investigation of a contaminant known as N-Nitrosodimethylamine (NDMA) in ranitidine medications has concluded that the product commonly known by the brand name Zantac should be pulled from shelves immediately. The study determined that the impurity of the products increases over time when stored at higher than room temperature and results in exposure to unacceptable levels of those contaminants.

NDMA is a substance that could cause cancer (a carcinogen). Over a year before this finding, the FDA found NDMA in Zantac – but allowed for the acceptably low levels of ingestion. The low levels of cancer-causing contaminants are in many foods and even in water, however, sustained higher levels are deemed an unacceptable risk.

New FDA testing by a third-party laboratory confirmed that when Zantac is stored at temperatures warmer than room temperature the levels of NDMA rise. Samples showed significantly higher levels, in fact, and it is assumed that the public doesn’t have a responsibility to keep over-the-counter (OTC) heartburn medicine in a refrigerator. Therefore, even the recommended dosage of Zantac could cause cancer in patients who store the product in a cabinet or cupboard.

What should I do with my Zantac?

It is recommended that consumers immediately stop taking their Zantac, as the products have been removed from the store shelves. Proper disposal is required for the safety of the public. Do not buy more if you find any on the shelves, and alert the store staff if you find it. For those who wish to continue treating their condition, they should consider using other OTC FDA approved products. As of writing this, the FDA has not found NDMA in Pepcid, Tagamet, Nexium, Prevacid, or Prilosec.

I have cancer and took Zantac, what do I do?

If you’ve been diagnosed with cancer and took Zantac, you should contact us right away. There has been a mass tort case seeking damages for the injuries sustained in consuming high levels of the acutely-toxic NDMA against Pfizer Inc, the manufacturer of Zantac. Zantac was the world’s best-selling drug with over $1 billion in annual sales starting in 1988 and was made over-the-counter in the early 2000s. So, if you or someone you know was prescribed Zantac, that would be on the record. We have attorneys standing-by for what could be the highest paying mass tort case in history, so call right away at (815) 965-2000.